Our team of professionals and volunteers meets the needs of our community by working together to provide resources and raise support. 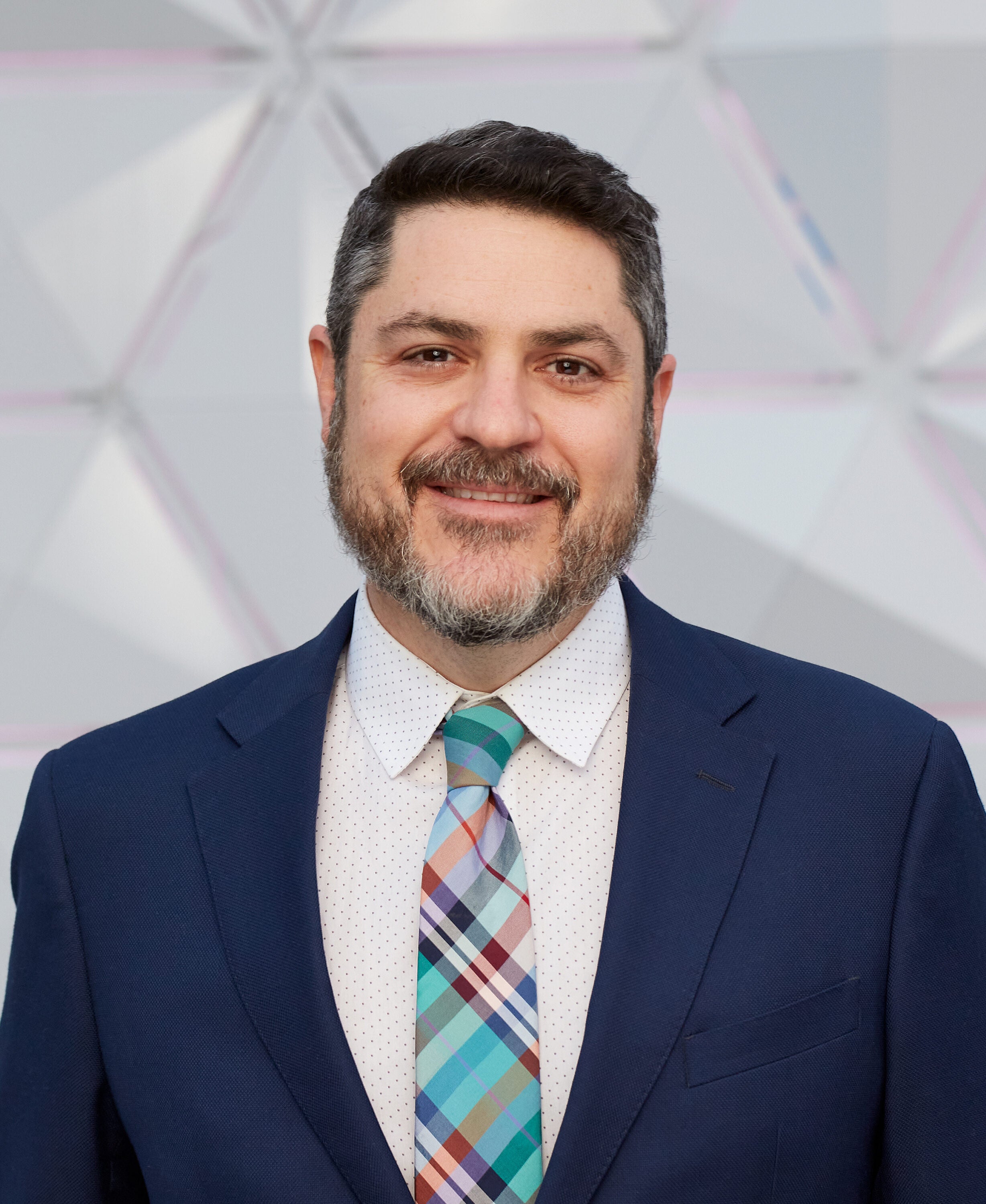 Rabbi Noah Farkas serves as the Federation’s President & Chief Executive Officer. Named by The Forward as one of America’s most inspiring rabbis, Noah served from 2008 to 2021 as a clergy member of Valley Beth Shalom, the largest Jewish congregation in the San Fernando Valley, where he led successful innovations in synagogue life through social action, mental health, and next-generation spiritual initiatives. Previously, Noah served Congregation Beth Israel in Biloxi, Mississippi, where he helped rebuild the Gulf Coast Jewish community after Hurricane Katrina.

Noah is a proven civic leader in Southern California. In addition to his work as an appointed commissioner and former Chair of the Los Angeles Homelessness Services Authority over a two-year campaign, he mobilized a broad coalition of synagogues, churches, and other organizations to pass historic legislation that invested over $5 billion into housing and services for the vulnerable. Noah is also a third-generation veteran and served as a United States Navy Reserve chaplain during Operation Iraqi Freedom.

A prominent voice helping to define the next generation of American Jewish leadership, Noah has served for several years as scholar-in-residence of the Federation’s Rautenberg New Leaders Project and a close partner to the Board of Rabbis. He founded Netiya, an interfaith organization fighting hunger in Los Angeles, as well as the Seminary Leadership Project, which has trained hundreds of Jewish clergy nationwide to create social change. Noah is also a founding board member of Zioness, a pro-Israel organization fighting antisemitism – including anti-Zionism – with the same clarity and intensity used to combat other forms of bigotry. His writing on millennial engagement, spirituality, and Jewish innovation has been published widely and his work has been quoted or featured in the LA Times, The New York Times, Associated Press, Reuters, TIME Magazine, Newsweek, and on NPR.

Noah was ordained at the Jewish Theological Seminary of America and earned a BA in Jewish Studies at the University of Judaism (now American Jewish University). He lives in Encino with his wife Sarah and four children. He is on Twitter at @RabbiNoah. 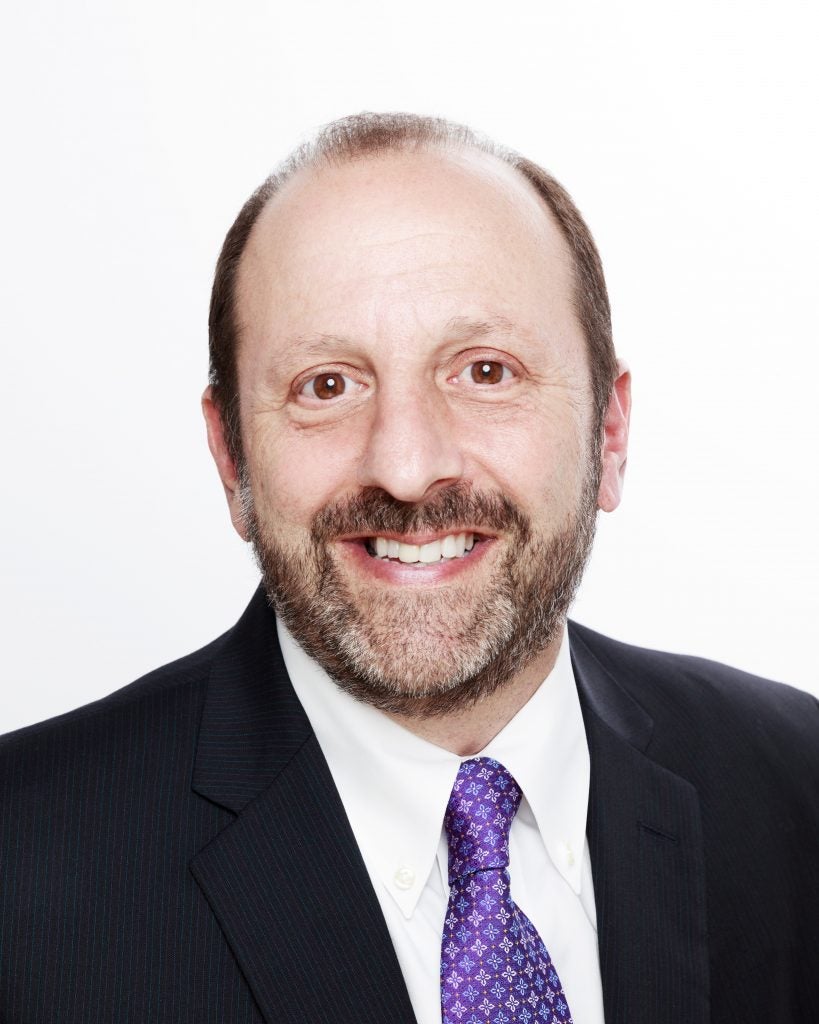 As Executive Vice President and Chief Development Officer, Andrew has been a professional leader in our Federation’s efforts to raise funds through our Annual Campaign, strategic philanthropy priority projects, and planned giving.

He previously served as the Federation’s Chief Program Officer, overseeing all programmatic and partnership activities in L.A., Israel, and internationally. He was also the Federation’s Director of Business Divisions and New Business Initiatives, and led the community relations and social services teams and the Planning & Allocations Department.

Andrew graduated from UCLA and received his law degree from the University of California, Hastings College of the Law. 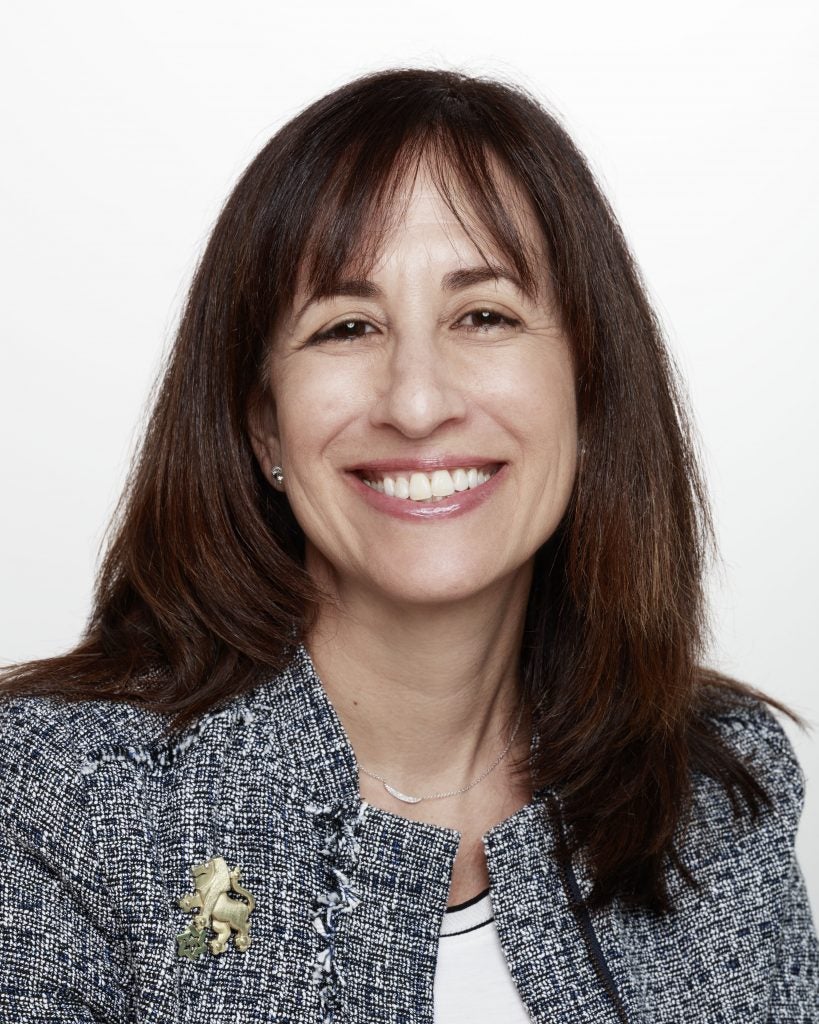 As Executive Vice President and Chief Program Officer, Becky oversees our Federation’s programmatic activities in L.A., Israel, and internationally. Becky’s leadership has continued to propel the Federation’s active engagement with the community through program offerings, strategic partnerships, and relationships.

Most recently, Becky served as Vice President of Consulting & Community Development at the Jewish Federations of North America, where her leadership energized over 150 Jewish Federations to enhance community impact and Jewish identity programs, foster dynamic connections with Israel, and care for Jews in need.

Becky received her BS in Business Education from New York University and her Masters of Social Work in Community Organization from Hunter College. 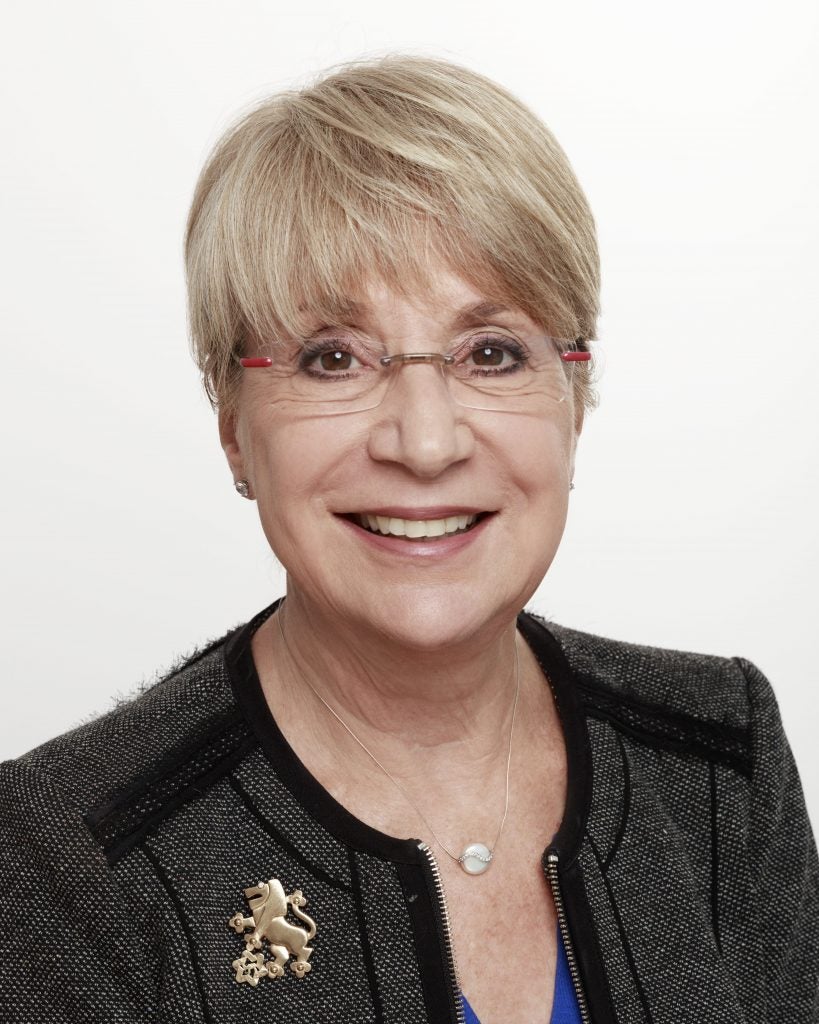 In her role as Executive Vice President, Carol is responsible for oversight of campaign, planning, and community outreach for a large geographic portion of The Jewish Federation. Among her responsibilities has been the task to create The Jewish Future Survey, which gives insight into our community’s priorities and will continue to guide future initiatives.

Carol has an MA in Business Administration from American Jewish University, and completed her BA at California State University, Northridge. Carol has been an adjunct professor at AJU’s Ziegler School for Rabbinic Studies. 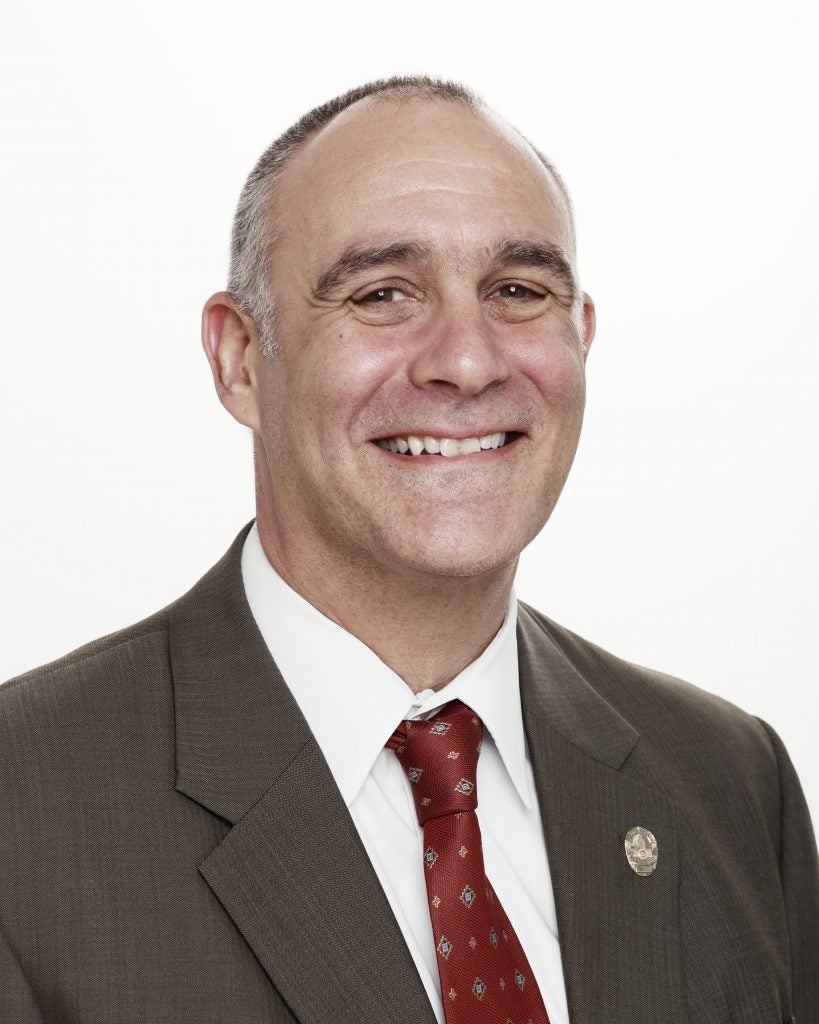 As Chief Operating & Financial Officer, Ivan’s goal is to steer the Federation toward a sound financial future, which includes the oversight and management of Finance, HR, IT, Security, the Community Security Initiative (CSI), Facilities, Data Management, and more. Ivan’s experience as an LAPD reserve officer and a national Infragard board member and his extensive knowledge of the security arena are instrumental in guiding the CSI team in its mission to ensure our community’s safety.

Previously serving as CFO and in other leadership positions with publicly and privately held companies and providing consulting services to financial investor groups, Ivan has over 30 years of experience in finance and operations in the domestic and international for-profit sector. 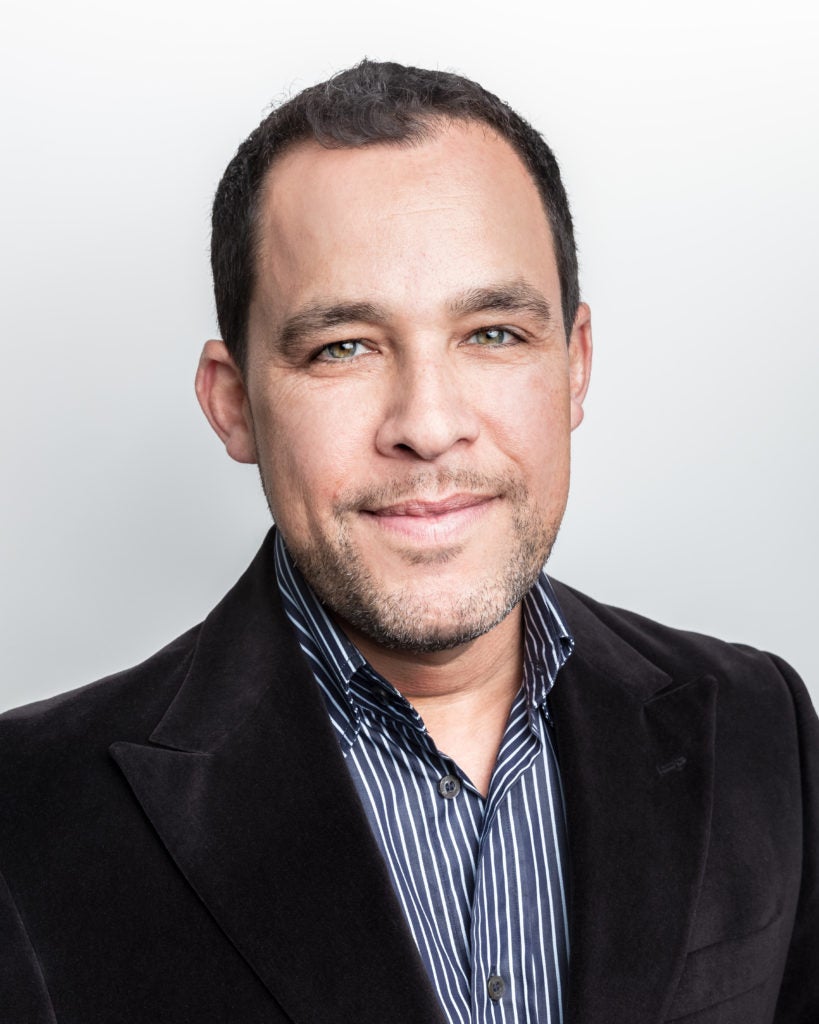 As Chief Creative Officer, Rob oversees the bustling Creative Services department and is responsible for conveying the Federation story in a powerful yet relatable way.

He brings with him extensive experience from his former professional life, which includes work on numerous large-scale marketing campaigns — some requiring stints in Singapore and Israel. Jack in the Box, Heineken, Dr. Pepper, Apple, Beats by Dre, WIX.COM, and The Emerson Collective are only some of the accounts to which Rob has dedicated his time and vision.

His work has been recognized with Gold Cannes Lions and other awards, and he is especially proud of his concepting efforts on behalf of The Cayton Children’s Museum by ShareWell in Santa Monica.

Rob earned his BS in mass communications and art history from Boston University and a degree in copywriting from The Portfolio Center for Advertising, Design and Photography. 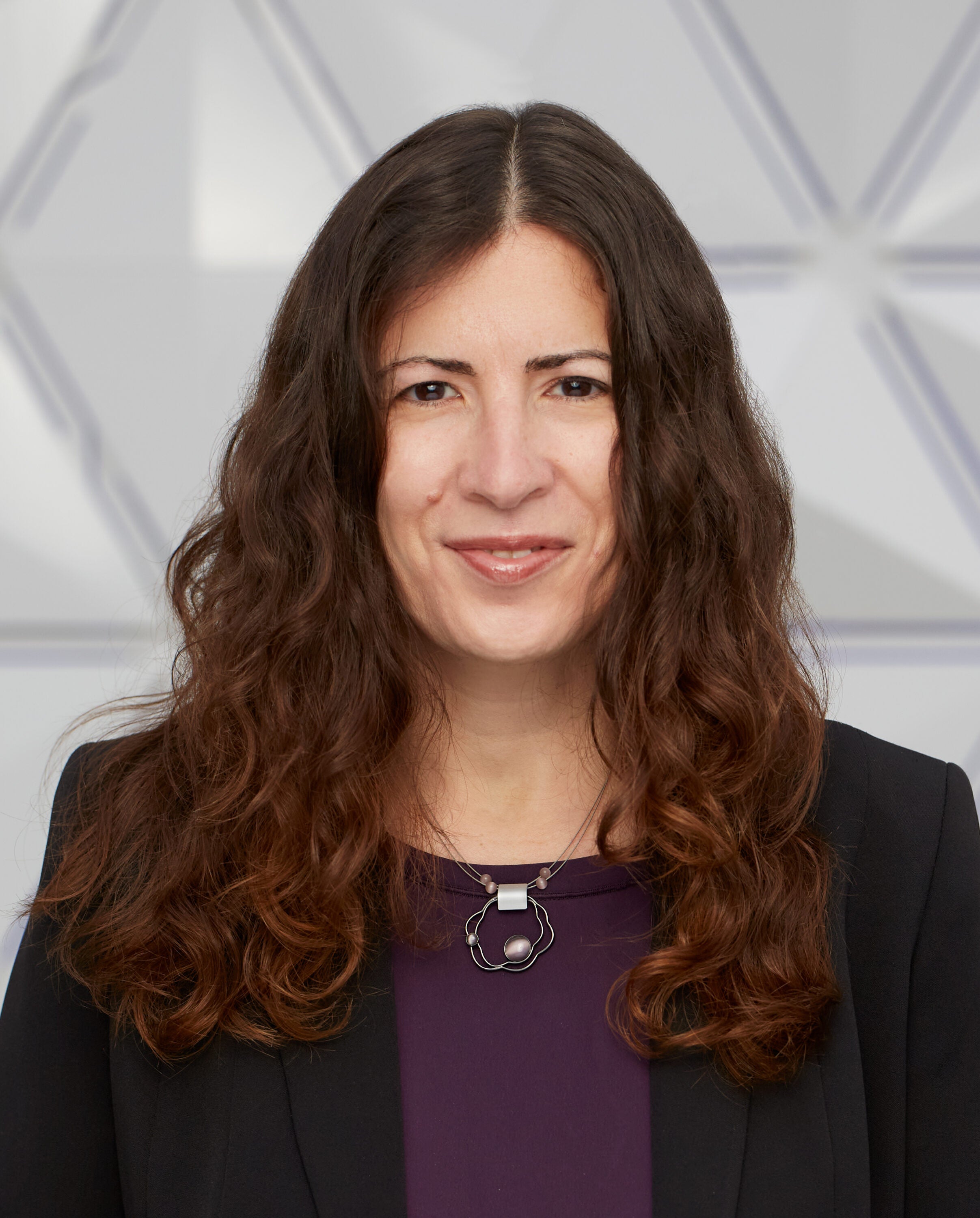 Alisa Finsten currently serves as Chief of Staff for The Jewish Federation of Greater Los Angeles. Prior to this role, since July of 2016, Alisa served as the Federation’s Senior Vice President of Community Engagement and oversaw the organization’s civic engagement, Israel advocacy, and Board of Rabbis portfolios. Previously, Alisa worked as the Director of Grants and Finance in the Los Angeles Mayor’s Office of Homeland Security and Public Safety under Mayors Antonio Villaraigosa and Eric Garcetti. In that capacity, Alisa facilitated multi-agency governing bodies, developed relationships with grantors, and managed projects and budgets for federal Homeland Security and public safety grants totaling upwards of $300 million.

Alisa currently serves as a member of the Board of Animal Services Commission for the City of Los Angeles. Before joining the Mayor’s Office, Alisa spent 10 years working for educational nonprofits in Boston, New York, and Los Angeles focusing on program administration and fundraising. She began her career in public service as an AmeriCorps member in Boston, participating in an intergenerational program with youth and seniors. She received a Bachelor of Arts in Sociology from Brandeis University and a Master’s in Public Administration from NYU’s Robert F. Wagner Graduate School of Public Service, where she served as President of the Wagner Student Association.