I feel truly grateful to be the coordinator for The Jewish Federation’s Global Teen Twinning program for Los Angeles Hebrew High School. I see firsthand how it transforms the lives of the teens. This is a priceless gift, and the experience has ripple effects on their friends and families and the program coordinators!

I laughed while they cried

At the culmination of the one-year experience, all of the students were embracing and crying — the tears did not stop as they continued on the bus to Ben-Gurion. When I turned to my co-worker, we smiled. I couldn’t help but think, “What more could I ask for?” My L.A. teens feel a deep connection to Israeli teens who live thousands of miles away. They fell in love with the country and feel vulnerable and comfortable enough to show their emotions. Their tears made my heart burst with happiness, and yes, I giggled. 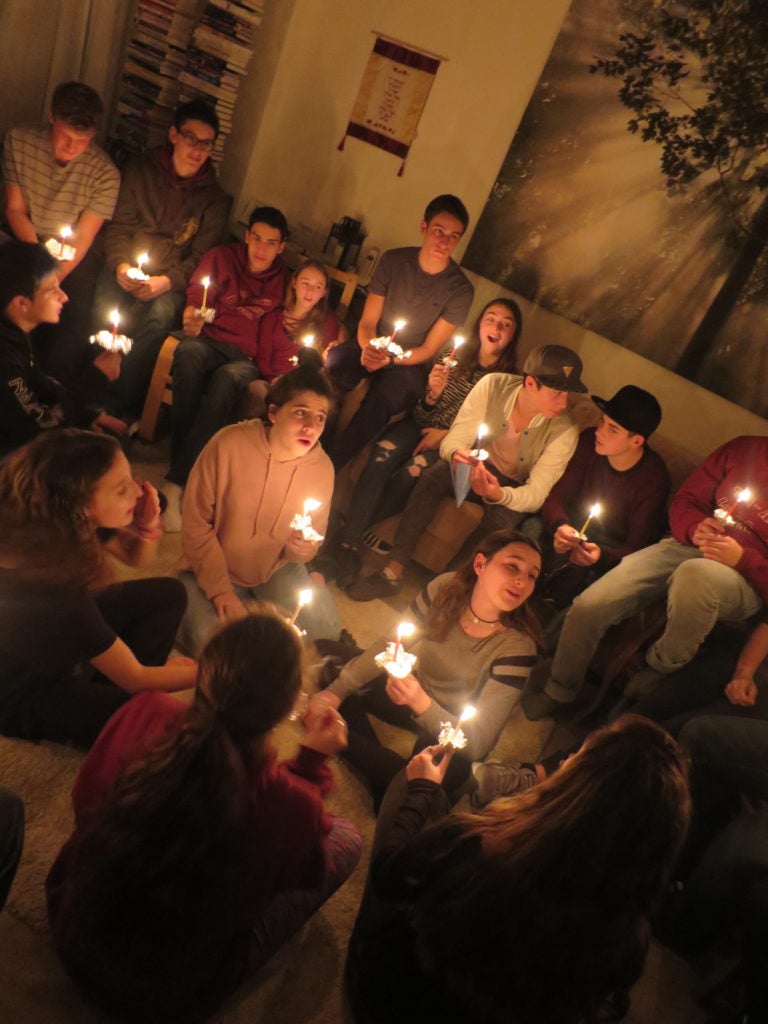 We visited Save a Child’s Heart. Most of the kids there were so young that the language barrier was not an issue because they played games, danced, and ran around, but there was one teenager standing on the side observing with a shy demeanor and pensive state. I turned to Liam Seta, knowing that he is a teen at the Magic Castle, and I encouraged him to approach the teen and do a card trick. Liam thought for a moment. His tricks usually included stories, and this time he would have to conduct it with very little storytelling since the Israeli teen didn’t speak English. Liam worked his “magic” — the smile on the teen’s face and the encounter was priceless! Others gathered around to watch the trick and were entertained. They bonded, exchanged smiles, and had an unforgettable experience. When Liam returned to L.A., he decided to expand his magic tricks and visited a hospital where he entertained sick kids using magic.

“One of the most interesting parts of the trip was not the museum itself, but the stories of the others in our group. Multiple people, both American and Israeli, had grandparents who were either caught or detained in Atlit or who illegally immigrated. There was actually a computer system with records of the families, including some of the grandparents of teens in the group. Between being able to see one of the original barracks people slept in and hearing stories of the group, Atlit was one of the most interesting museums we visited.” (Kevin Fisher, 2018)

Making the best out of a situation when things don’t go as planned! 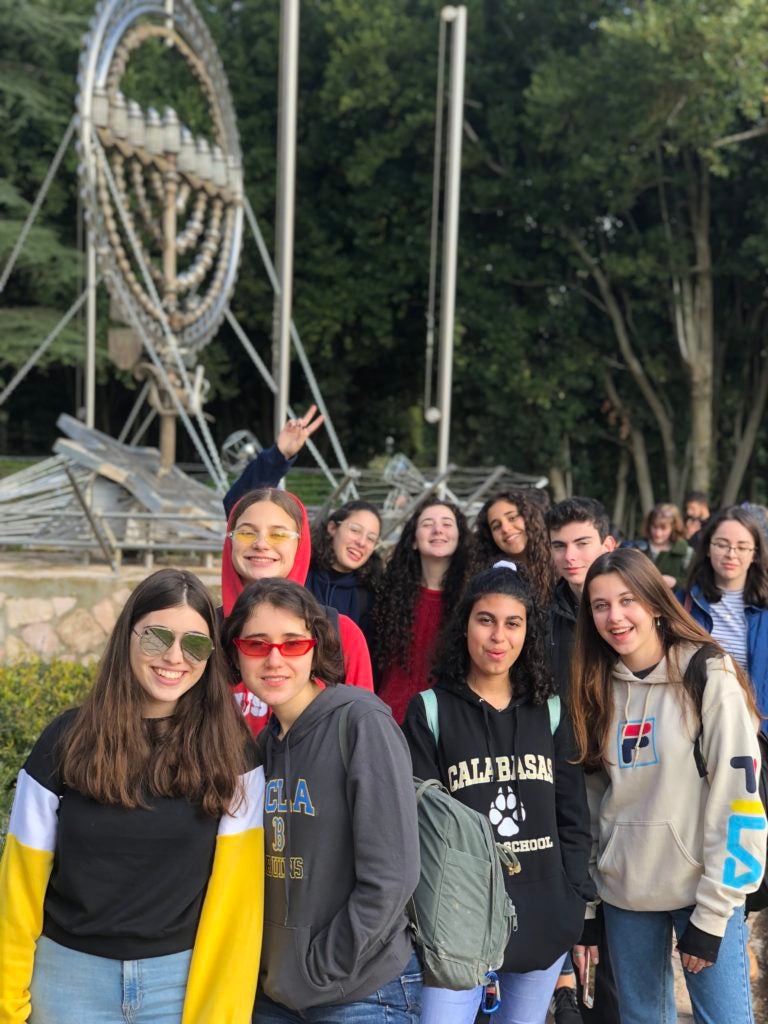 The students were most looking forward to the camel riding, but when we arrived it was so windy that it was no longer an option. For a moment they were disappointed, but they quickly moved on to being excited by the alternative Bedouin tent experience. We gathered in the tent and heard firsthand from a female Bedouin while sipping tea and coffee. The students were intrigued and asked many questions. The wind was so strong that the cable cars to Masada were not functioning and we ended up watching a short film, touring the museum, and having an outdoor picnic. Two kids were not feeling well and they ended up sitting in the front of the bus. It happened to be that during the trip they did not actually have a chance to get to know one another, but their sickness led to a beautiful relationship and they ended up becoming best of friends. Learning how to have a positive perspective when things don’t go as planned is a valuable tool in life. 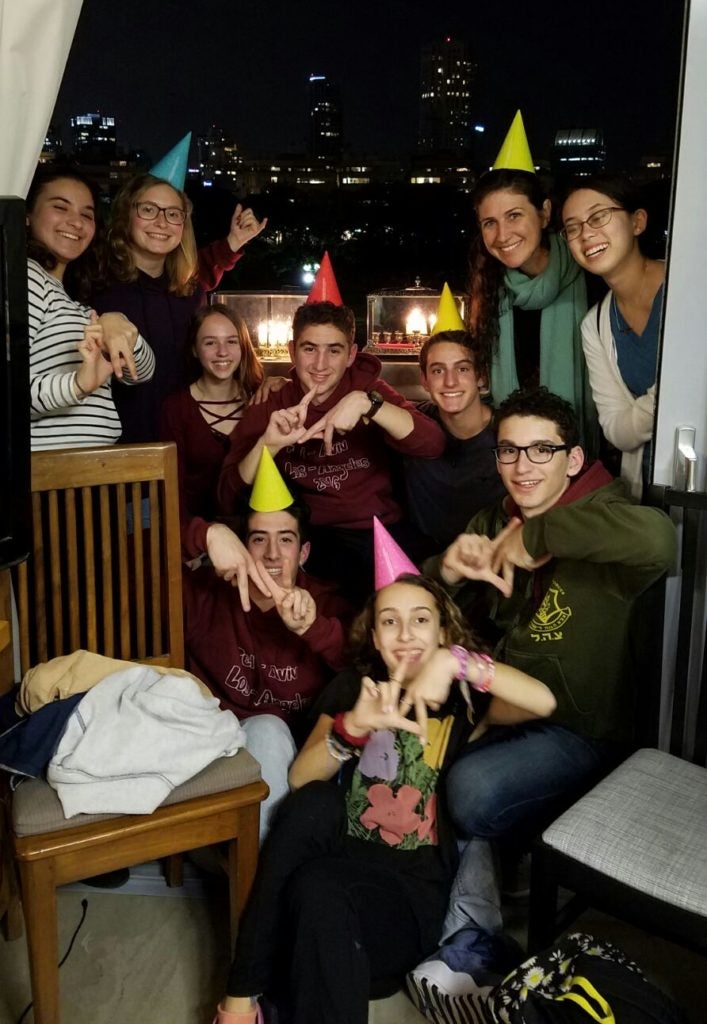 I love new adventures, so when I saw that the Twinning Coordinators would be traveling to Greece and Bulgaria, I imagined the beautiful beaches and tourist sites. Shortly after, when I googled the itinerary, I realized those sites were not close to our destinations. Instead I learned about the Jewish community of Thessaloniki and how it was thriving until in a short time the community was murdered by the Nazis. In contrast, the Jews of Bulgaria were protected and over 90% ended up immigrating to Israel. Upon returning to Los Angeles, I went to visit my mother who is in The Jewish Home for the Aging. While visiting my mother, I recognized the name of a new resident, Dario. I had read about his story as one of the last living survivors who was a sonderkommando from Thessaloniki. I couldn’t believe it! I approached him, introduced myself, and told him I had just returned from his hometown. Meeting Jews from Thessaloniki and Bulgaria takes on a whole new meaning after that trip. Learning the history of the Sephardi Jews was eye opening and the entire seminar was an unforgettable experience.