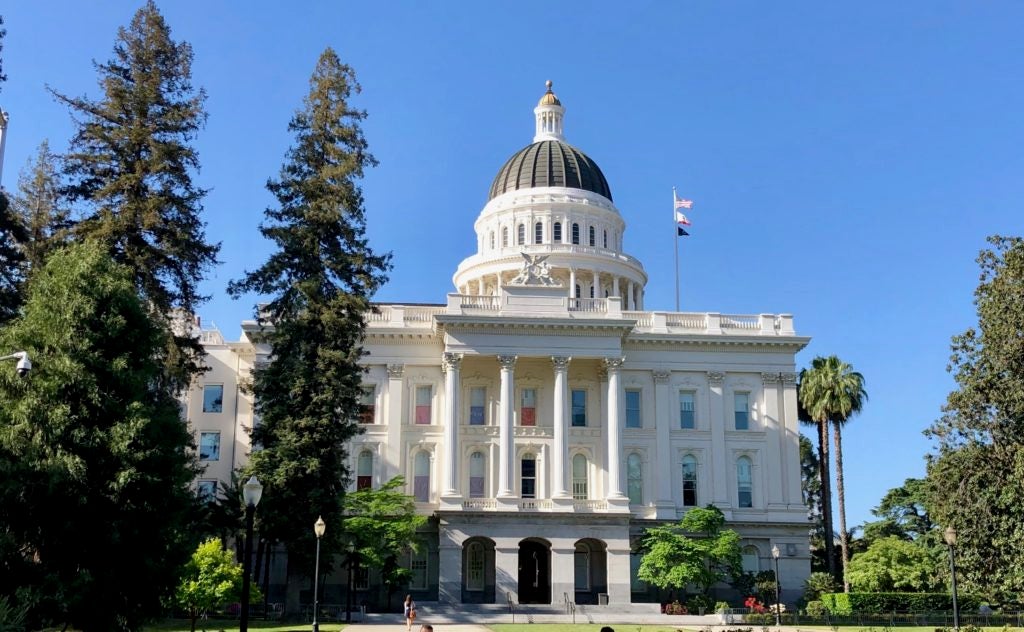 Last month, Governor Newsom announced his intention to include $15 million in his budget for the Non-Profit Security Grant program. This funding is a critical step forward in helping at-risk institutions protect themselves, particularly those in the Jewish community. As our community grapples with a significant increase in hate-motivated violence toward Jews, we must do everything we can to protect each other and secure our institutions.

According to the ADL, anti-Semitic hate-motivated assaults tripled in 2018. The number of anti-Semitic incidents in 2018 was the third highest year since the ADL began keeping records four decades ago. 2017 was the second highest year on record, up 57% from the year before. With the deadly anti-Semitic violence in Pittsburg and Poway, our community can longer ignore this disturbing trend.

Before the governor’s announcement and the shooting in Poway, leaders from The Jewish Federation’s Real Estate and Construction (REC) Division were preparing for our first lobby day in Sacramento to address these issues.

Our group flew up to the Capitol to meet with Governor Newsom and our elected representatives. We had two requests vital to the future and safety of the Jewish community in Los Angeles. Both asks were of equally vital importance to the Jewish community, and each was supported strongly by members of the California Legislative Jewish Caucus. Our first request was to ask the state to fund $15 million for the Non-Profit Security Grant Program, the brainchild of The Jewish Federation of Greater Los Angeles. 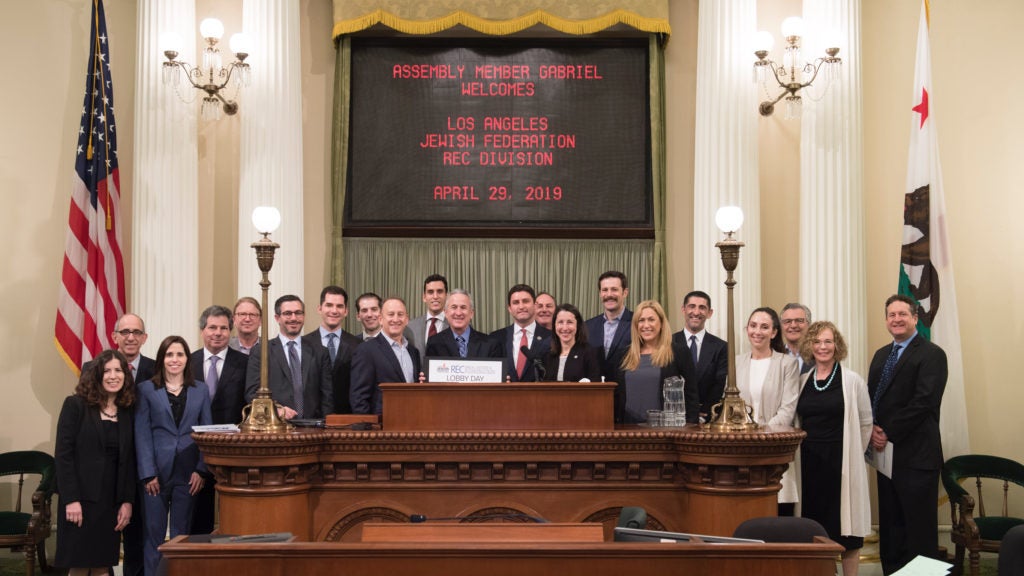 The funding is distributed through individual grants given by the state that will enable organizations to prevent, mitigate, and respond to acts of terrorism and hate-motivated violence. Smaller institutions are particularly vulnerable because they lack the necessary resources to deter targeted acts. This year’s $15 million request was a fifty-fold increase from last year’s $500,000. It was later that afternoon that Governor Newsom announced his support for the full $15 million in funding requested for the Non-Profit Security Grant.
Our second request was for $35 million in funding to help rebuild the Jewish summer camps in California devastated by wildfires. The Jewish Federation has already convened meetings with county, state, and federal offices that represent the areas of the camps. The next step was to ask our state representatives for critical funds needed to begin the rebuilding process. We are still in the process of lobbying our representatives for this funding and need your help. 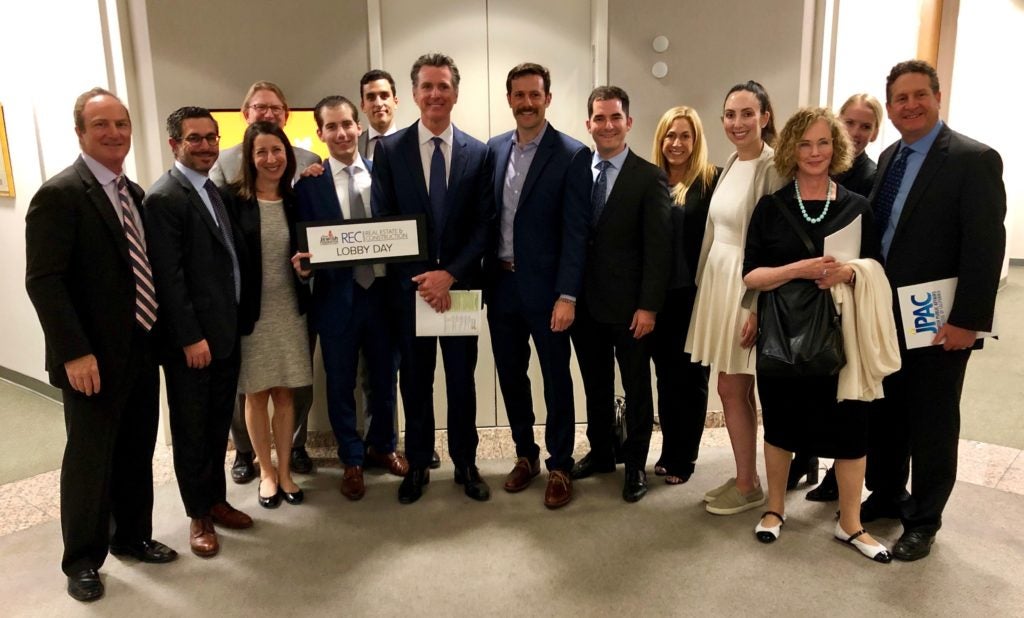 Many of us or our children have had life-altering experiences at a Jewish summer camp. What we don’t realize is that each of these facilities — Camp Hess Kramer, Gindling Hilltop, and Camp JCA Shalom of the Shalom Institute — are critical resources for urban and inner-city communities and serve a wide variety of ethnicities and income levels. They provide educational and cultural experiences as well as programing on a year-round basis. Their loss is not only a devastating blow to the Jewish community, but also to countless other groups and communities throughout Los Angeles.

Unfortunately, although insurance will help offset some of the rebuild costs, the majority of the funds, totaling an estimated $60 million, will need to come from either philanthropic contributions or aid from California. Rebuilding will be a long and costly endeavor but extremely worthwhile because of the impact these camps have on countless young lives. We still have work to do on this effort and will continue to lobby our representatives for financial assistance. Letting our state representatives know of the importance of the rebuilding funds is critical. Keeping our community secure and rebuilding our camps are intertwined issues, representing some of the most significant challenges our Jewish community faces. Both efforts also fall squarely under the Federation’s strategic initiatives of Ensuring the Jewish Future, Community Engagement, and Caring for Jews in Need. 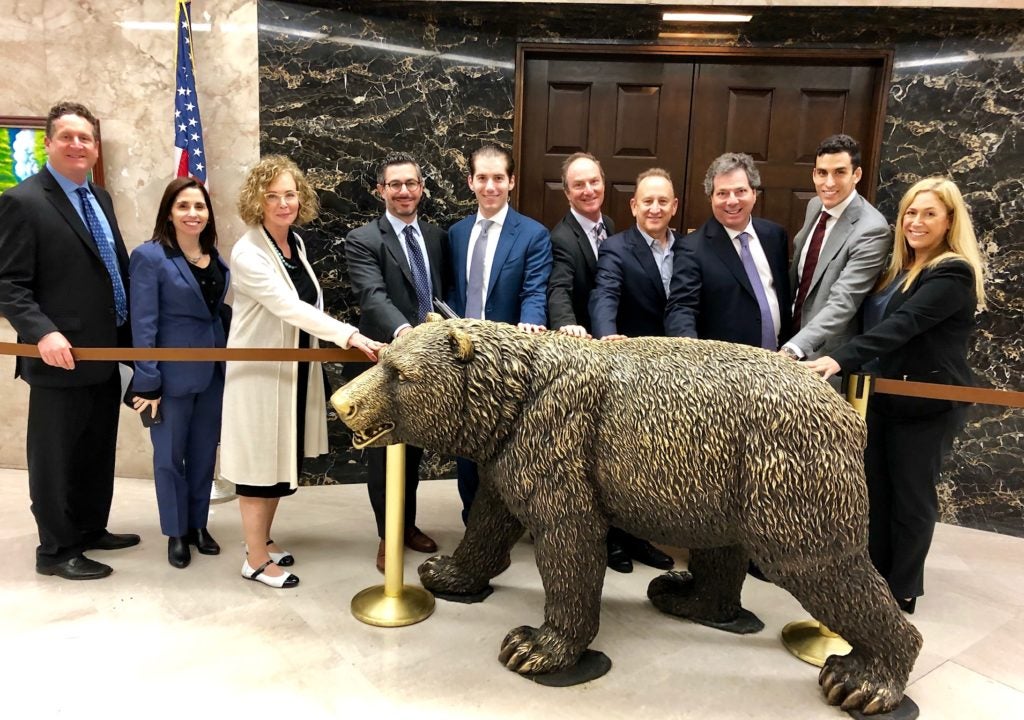 I hope you’ll join us in supporting The Jewish Federation not just with financial support, but with your time and energy. Our Federation’s REC has committed to making sure the most pressing needs of our community have the resources, strategic planning, and forethought required to address them.

Our state representatives are currently finalizing California’s budget. It’s crucial that we ask them to prioritize this funding right now. Please take a moment to contact your State Assemblymember and State Senator to voice your support for $35 million in summer camp funding. Find your state representatives.

To learn more about our Federation’s REC Division, visit JewishLA.org/REC or email JHubner@JewishLA.org.