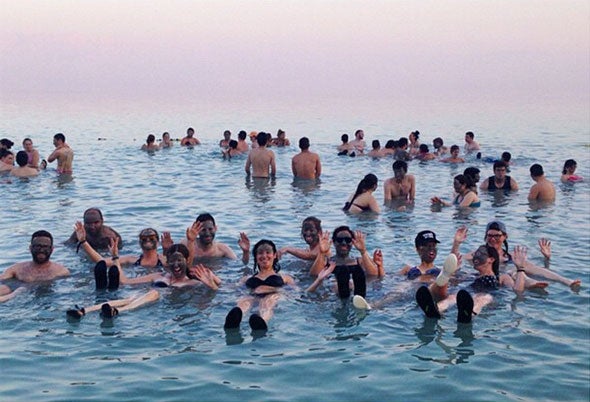 “Birthright changed my life” is a statement we all hear in passing, but do we fully understand its meaning until we experience it for ourselves? I know I didn’t until the 10-day journey came to an end, and I realized it was only the beginning. I went on the LA Way Birthright Israel Entertainment trip and, since being back, it’s safe to say the life I lead has seen some change.

Normally, when exploring a new place, I feel like I am experiencing something completely outside of myself, but Israel was different. There was something about it that held pieces of me in it. Whether I was floating in the Dead Sea and covering my new best friends in mud from head to toe, or swaying with the awakening energy of complete strangers at the Western Wall, or simply eating freshly baked rugelach that melted the second it hit my mouth, there was a seamless connection at the core of my being. It felt as though I was being introduced to a part of myself that had always existed, but that I had not yet met. The best part was that everyone else on my bus shared this same unforeseen feeling, like magic.

Once I returned to L.A., I knew I didn’t want the magic I had just experienced to end, for any of us, so I applied for the Kahn Fellowship at The Jewish Federation. I hoped that this would not only keep my Birthright group together, but also give me the opportunity to give back to Los Angeles a piece of what I had been so blessed to receive while in Israel.

In conjunction with this activity, I found myself having writing sessions a few times a week, creating projects with my newfound friends, and we weren’t just talking about it — we were doing it! It’s a rarity to find creative, driven people in L.A. who really want what you want and are willing to go after it without compromise — or at least, it had been a rarity for me up until now. When I say I met my people on Birthright, I don’t just mean fellow members of the tribe; I mean passionate, hungry, dedicated people who see life the way I want to see it. I know what you must be thinking: How could you have such a deep understanding of a group of people after only a 10-day trip? Well, on Birthright, each day translates to at least a couple of weeks — it’s like we’ve got our own form of dog years. Although my perception of time has shifted back to normal since being back in L.A., I’ve found that these relationships have only continued to rapidly flourish.

Soon, I was introducing my Birthright group to other Kahn Fellows’

Birthright groups and, for the first time, I truly felt like I was a part of a community in L.A.  As I delved deeper into the Kahn Fellowship, I also discovered an opportunity to travel to India to study the diaspora and do humanitarian work with an organization called JDC Entwine. I knew immediately that The Jewish Federation was yet again leading me to another amazing life experience and that, much like Israel, this would be the trip of a lifetime. I was right. During my time there, I explored the country with Jewish Indians as well as other like-minded adventurers from all over the world who were traveling to make a difference with JDC Entwine — as I liked to call us, the “U.N. of Jews.”

Returning to L.A. inspired by the cultural awareness I had just gained of my people’s existence in a new place, I decided to wrap up my Kahn Fellowship contract by co-chairing a Chanukah event, “8 Candles, 8 Countries,” with JDC and a program called L.A. Infinite Light. I also hosted an Indian Shabbat dinner with JDC and Moishe House. These events introduced the Los Angeles community to the beautiful overlap of Indian food and culture with the traditions of Judaism we all hold dear.

It amazes me that a little over a year ago, my life as I now know it grew out of what I thought would be nothing more than a 10-day span in Israel. And, as I’m releasing the first season of the web series I co-created with my now best friend who I met on Birthright, it’s easy to see the impact this whole experience has had on me as a Jew, as well as personally and professionally. Never in all my dreams did I think that such a seemingly short trip, on which I knew no one, would lead to not only one of my best years in L.A., but one of the best years of my life.

For more information about our Federation’s Birthright Israel and Immersive Experiences, please contact Margalit Rosenthal at (323) 761-8208 or MRosenthal@JewishLA.org. 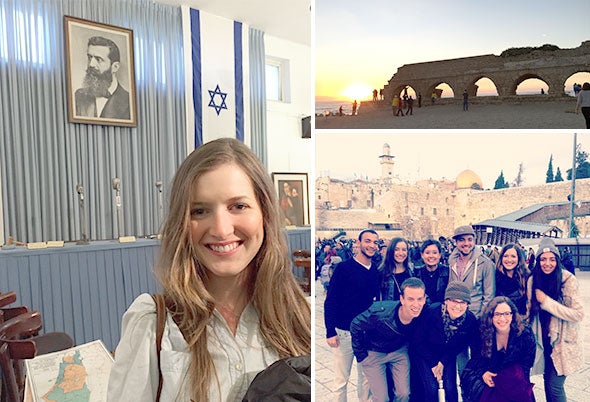