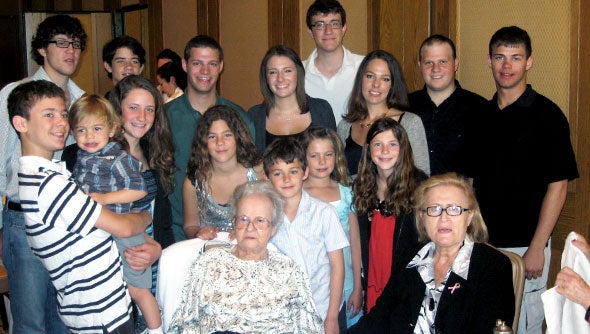 Jesse Sharf’s mother, grandmother, and their grand- and great-grandkids

As the son and grandson of Holocaust survivors (and the relative of many more who did not survive), I grew up thinking the following:  how awful humans can be to one another; how resilient the survivors that I knew (and, I’m sure, countless other survivors and other victims who did not survive) were; how lucky I was to grow up in a world where the vast majority of Jews lived in Israel and the United States; how fortunate I was to be growing up as a Jew in the United States; and, finally, how privileged I was to have the benefit of growing up with survivors in my family.

The contrast between the experiences of my parents really brought this home:  my father was born in Poland in 1934, and moved to what would become Israel that same year. He and his family lived a tough but rewarding life as pioneers in the young nation. My mother, on the other hand, was born in the same country in 1940, and spent her first five years in a ghetto, a labor camp and a concentration camp. A majority of her relatives were killed during the Holocaust. The differences between my parents’ experiences were not lost on me as a child — and they hammered home the importance of Israel. 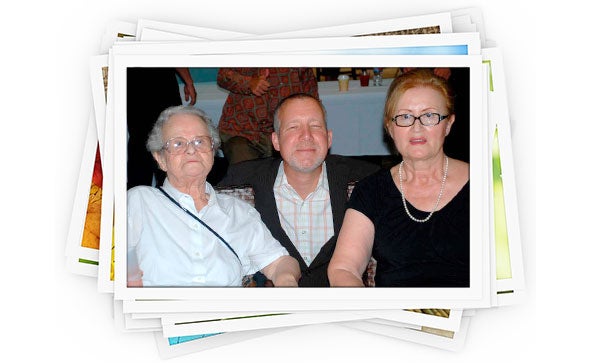 Jesse, his mother Pnina and his grandmother Sara.

The contrast between my mother’s (and grandmother’s) life and my life was also obvious to me, and every time I thought about complaining about the typical hardships of childhood — a bad grade, no bike for my birthday, being rebuffed by a would-be friend — I thought of how lucky I really was, and how trivial my problems were by comparison to those who suffered through and perished in the Holocaust and other tragedies.  I believe that this upbringing gave me a stark reminder of the importance of putting things in perspective and making the best of one’s situation.

I was deeply impressed by the way survivors in this country, and elsewhere, adapted to their new lands.  They fit in as best they could, and, regardless of their level of resources, they took care of their own and helped each other out. This taught me the importance of leveraging resources and of having a strong, organized Jewish community in this country to help Jews and non-Jews throughout the world.

Holocaust Remembrance Day is a chance to reflect on how lucky I was to be born in the greatest county in the world — the United States — and to remind myself of how fortunate my kids were to have lived with and learned lessons from their grandparents and great-grandparents who survived.