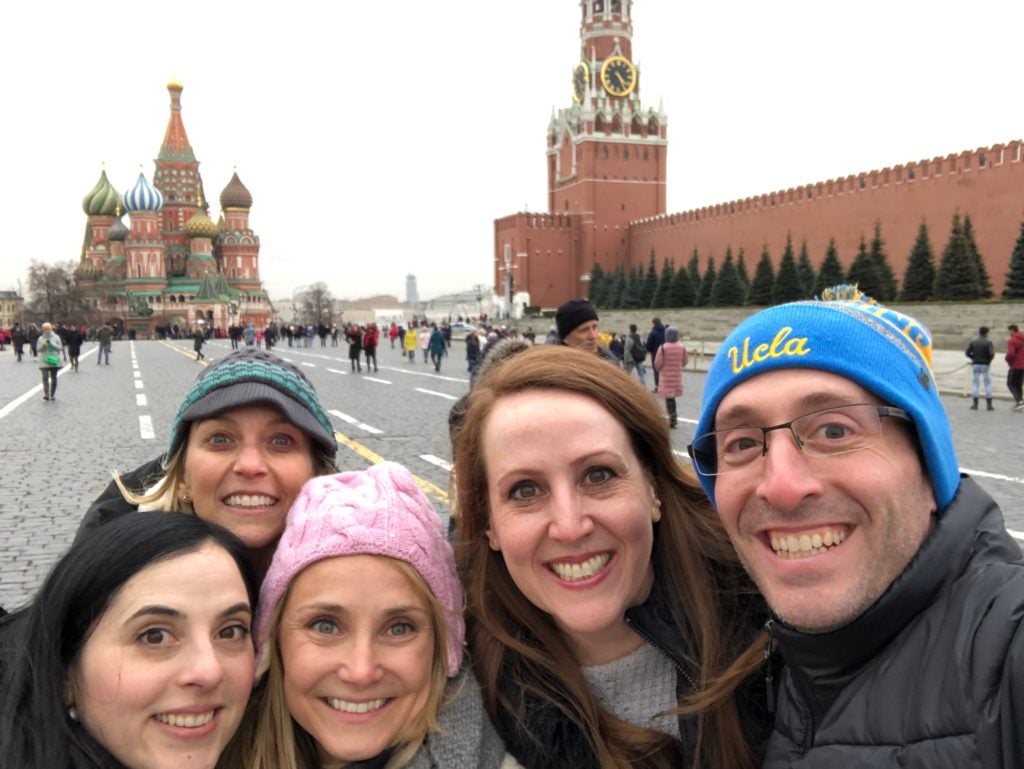 Georgia gained its independence from the Former Soviet Union (FSU) less than 30 years ago and is home to less than 4,000 Jews today. Nearly half are elderly, and the once-vibrant community has declined, as Jews have moved to Israel and elsewhere for a better life, even as the country takes pride in its history of welcoming Jews and supporting religious diversity. 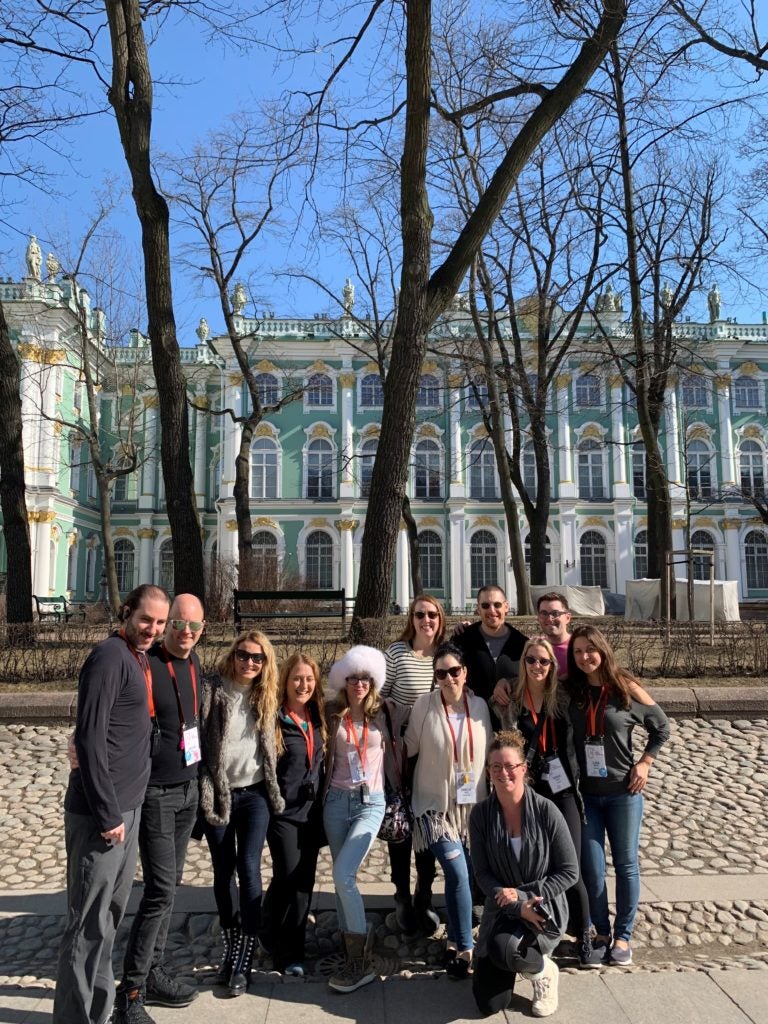 The Federation’s largest on-ground partner abroad, The Joint Distribution Committee (JDC), manages 69 Heseds, or community social service centers, across 2,200 locations in the FSU countries and in Russia, reaching 100,000 Jews in need. The NYLC group visited the Hesed in Tbilisi and in the suburb of Gori (the birthplace of Stalin). They met young children in the preschool, baked challah for clients to enjoy during Shabbat, and learned about local initiatives to provide necessities — particularly for the elderly population, which subsists on government pensions averaging just $65 per month. Cabinet members were divided into small groups to meet individuals whom JDC serves in their homes and, although they needed the help of a Georgian language interpreter, the human connections — holding someone’s hand,  giving them a hug, asking about their family, and showing empathy created a very meaningful bond and brought hope to these struggling families. 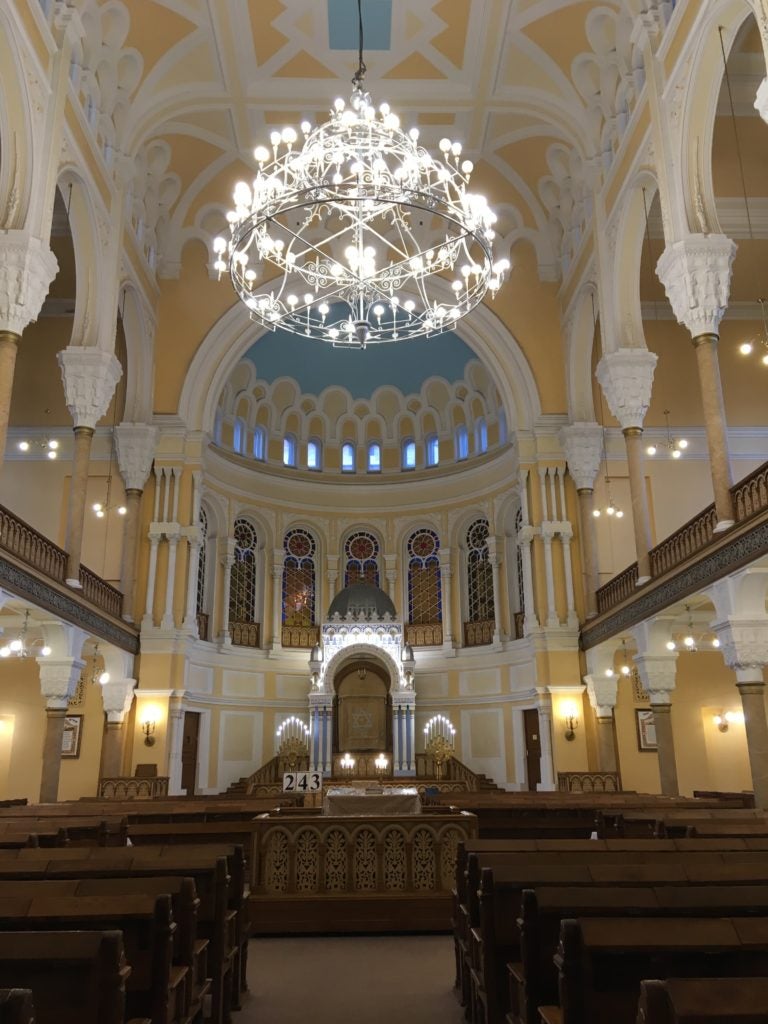 One of our L.A. Cabinet Members, Robin Polansky, shared her experience at a home visit, remarking that it was one of the most powerful moments of her trip. “I had the opportunity to see the work of Federation dollars firsthand during a visit to the home of Eteri. Years ago, Eteri had to stop working to care for her daughter, who was born with congenital heart disease. When she was ready to return to the workforce, she was told she was “too old to work.” She has been struggling financially ever since, as are approximately 1,400 Jewish seniors who call Georgia home. Unfortunately, Georgia’s government does not have the resources to care for the elderly, but thanks to Federation partner JDC’s Hesed, elderly Jews such as Eteri receive food, home care, medical care, and winter relief. Eteri considers Hesed to be her second home, and she was beyond delighted to thank us in person and welcome us into her own home. Even though Eteri lives thousands of miles from Los Angeles and under different circumstances, we are both united by a love of Judaism and a deep appreciation of the Federation’s work.” 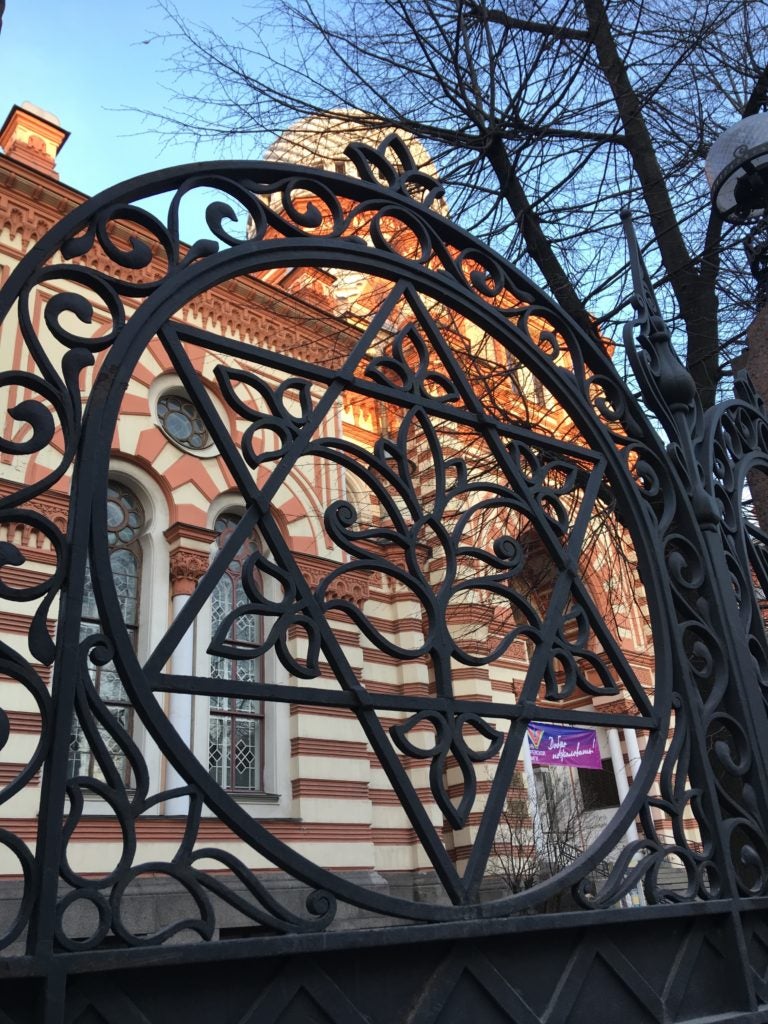 The group then visited one of The Jewish Agency camps, which serves more than 8,000 youth across the FSU through 26 sleepaway camps that meet during winter school breaks and throughout the summer. These programs seek to build Jewish and Zionist identity among a population that lost much of its Jewish connection during the Soviet era.

After a few days in Tbilisi, the group landed in St. Petersburg — a fast-paced, European-style city filled with ornate palaces and monuments of the 18th and 19th centuries. In the middle of this classical old-world architecture stands the striking and modern YESOD Jewish Community Center — the first major Jewish construction project in St. Petersburg in nearly 100 years. YESOD means “foundation,” and the facility provides services for all ages as the “foundation” of the Jewish community — from preschool to elderly care. 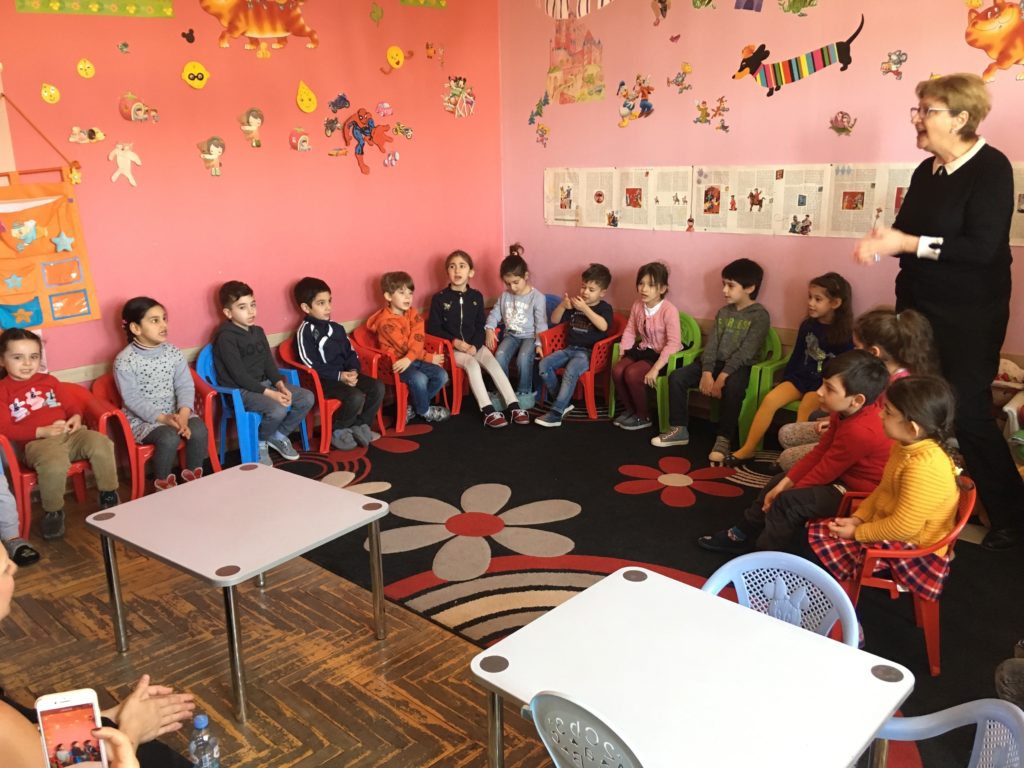 In small groups, everyone visited a series of programs in action in the buzzing building, including a young families’ center, the new elementary school, the Jewish Teens lounge, family camp, Hillel student office, a wellness initiative for children with cognitive disabilities, and the Hesed serving the elderly with memory loss.

In the early 20th century, Russia had the largest Jewish population in the world, but Russia also had a long history of oppression toward Jews, and active Jewish engagement was pushed underground during the Soviet era. Over the past 30 years, Jewish life is emerging again. Many Russian Jews kept their Judaism hidden and are only now telling their children about their Jewish roots. There seemed to be a real sense of community revitalization as Jews in Russia are enthusiastically rediscovering their heritage. 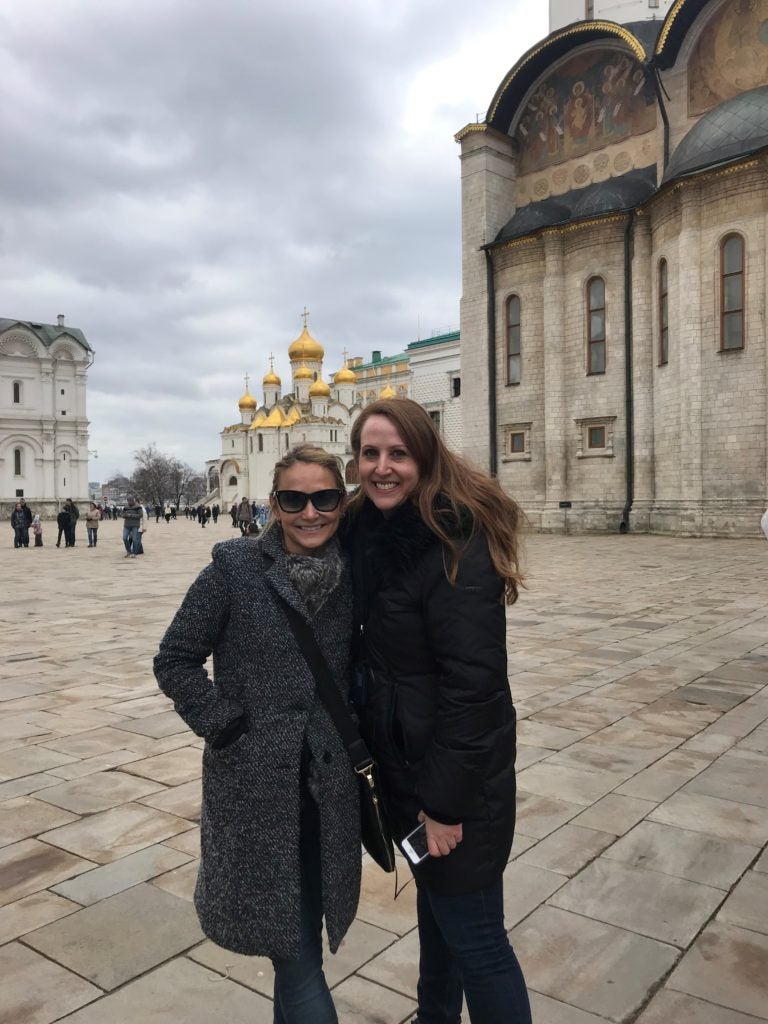 The group had two other significant stops in St. Petersburg: a “Seder” with Jewish Agency campers and counselors, and a visit to the ORT de Gunzberg Secondary School. The mock Seder brought everyone around the tables with young Russians involved in Jewish camping. The group welcomed Natan and Avital Sharansky, who shared their vision of Israel as a spiritual and educational center for world Jewry and what they described as “aliyah of choice” — a recognition that most Jews moving to Israel today are doing so as a result of personal preference and lifestyle.

The Sharanskys were so approachable and gracious — they instantly connected with the group and didn’t want to be seen as heroes, but instead as individuals committed to Jewish values and the wellbeing of the Jewish People. Inspired by the example they set and their continued activism and leadership in Israel, Mr. and Mrs. Sharansky were inducted as honorary members of the National Young Leadership Cabinet. 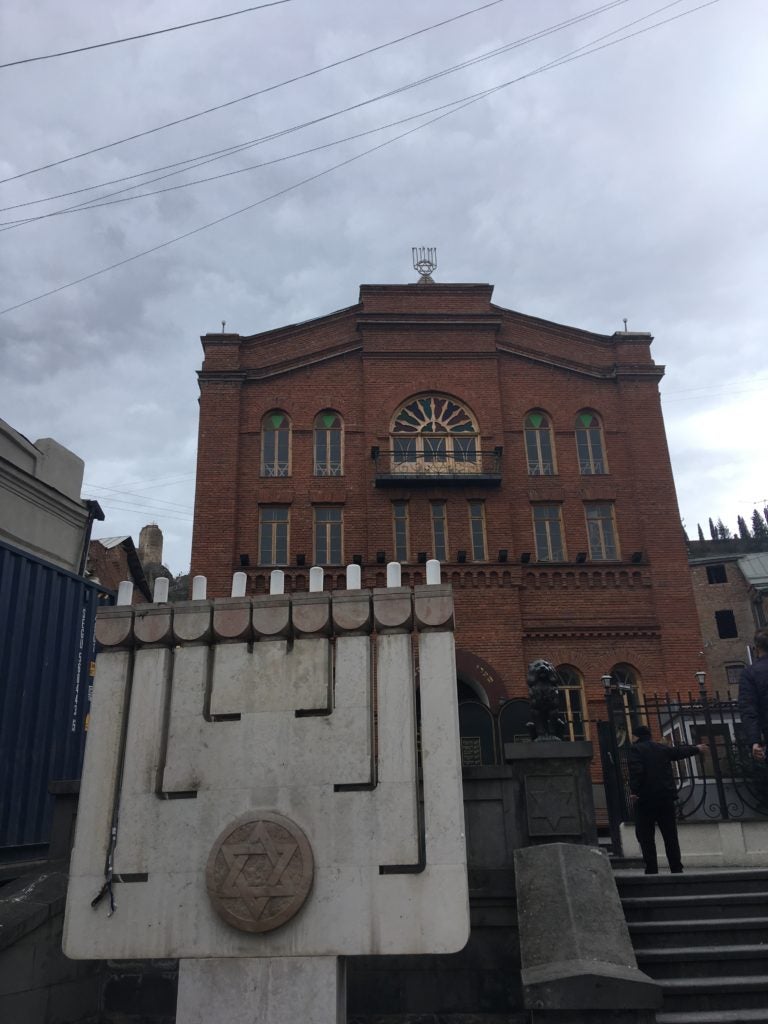 Cabinet returned home from this mission just in time for Passover with a deeper appreciation for freedom and a new understanding of the phrase “Next Year in Jerusalem.” We were slaves, refuseniks, oppressed, unable to live as Jews freely and openly. And now we are free — and not only in North America, but in places where our freedom was much less certain, like Georgia and Russia. Israel is a dream realized. And despite all of the uncertainty in the world and the challenges we face, this mission taught our young leaders to always have hope and to hold fast to our values.

National Young Leadership Cabinet (NYLC) cultivates, trains, and inspires the most promising young leaders through a five-year leadership and philanthropic development program. Participating in NYLC is both an intensive program and a community. NYLC is designed for passionate, committed, and driven individuals ranging from 30-40 years old. If you are interested in learning more about NYLC or how to apply, contact Alexi Biener Baker at ABaker@JewishLA.org or (323) 761-8386.