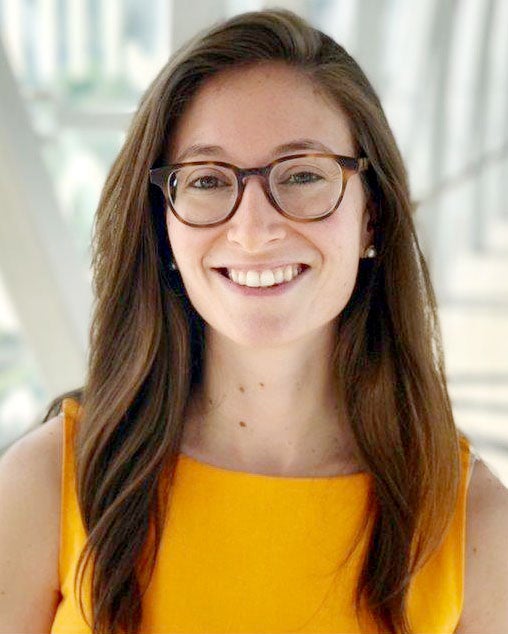 The Rautenberg New Leaders Project is a premier program of The Jewish Federation that has trained emerging Jewish civic leaders in Los Angeles for more than 25 years. With a commitment to the Jewish tradition of social responsibility, NLP empowers participants to hone their leadership skills and gain a deep understanding of the diverse fabric of Los Angeles while working with elected, civic, and community leaders to address some of the most critical challenges facing our city.

Marisa Glucoft is a current NLP participant. Read more about her experience!

There is no denying that housing issues are dominating local and state politics in 2018. During his April 2018 State of the City address, Los Angeles Mayor Eric Garcetti said, “Homelessness isn’t an issue. Homelessness is THE issue.” On the state level, housing issues lead the agendas for state gubernatorial candidates Gavin Newsom and John Cox. And to top it off, there were two controversial housing measures on the November California statewide ballot.

It came as no surprise that when my subgroup of the 2018 Rautenberg New Leaders Project (NLP) cohort was tasked with developing the content for an NLP session, millennial housing was top of mind. Once we had identified a theme for the evening’s session, our group set out to develop the itinerary, recruit knowledgeable local speakers, and identify readings for the group to provide context on the night’s discussion. After several months of planning both the high-level structure and the minor details of the evening, we were ready to dive deep into this topic with the rest of the NLP cohort.

While much of the statewide discourse has focused on homelessness or overall rising housing costs, millennial homeownership is also a significant aspect of the housing puzzle. In 2015, the Urban Institute found that millennial homeownership was sitting at 37%, 8% lower than where Gen X and the baby boomers had been when they were of the same age. According to a 2016 Pew Research Center study, between 2004 and 2016, homeownership rates among adults aged 35 or younger dropped by 18%. Whether by necessity or intent, more and more millennials are staying in rental units and staying out of the housing market.

As a millennial myself, this issue feels personal. My generation grew up believing in the American dream and following in the footsteps of our parents and grandparents by getting married and purchasing a starter home in our 20s or 30s before eventually working up towards bigger and better houses. When we were growing up, buying a home seemed like the ultimate symbol of adult success. And yet with local housing prices hitting record highs just as we enter this phase of adulthood, many of us feel that home ownership is getting further and further out of reach.

Our housing discussion coincided perfectly with the beginning of the holiday of Sukkot.  During Sukkot, Jews are commanded to live in temporary structures for seven days, just like our ancestors dwelled in sukkot after the exodus from Egypt. According to the Mishnah, “During the whole seven days [of the festival] one makes his sukkah [his] permanent [dwelling], and his house [a] temporary dwelling.” During the holiday, it is considered a mitzvah to invite others in to your sukkah if they cannot afford their own. As we began our evening in The Jewish Federation’s sukkah with the customary prayers over the lulav and etrog, we reflected on our obligation as civic-minded residents of Los Angeles to ensure that everyone in our community has a dwelling they can call their own.

Next up was a discussion about the current millennial housing trends in Los Angeles with Dr. Richard Green, the Director of the USC Lusk Center for Real Estate, who recently served as Senior Advisor for Housing Finance for the United States Department of Housing and Urban Development. According to Dr. Green, there are several defining characteristics of the millennial generation that help explain the drop in homeownership rates. Firstly, millennials have some of the highest student loan debt burden in American history, making homeownership an impossible financial commitment. Secondly, millennials are delaying marriage more than previous generations, which has a significant impact on homeownership. Married couples often have multiple incomes and they are less likely to move as frequently as single millennials. Both of these factors make owning a home more practical. As millennials have delayed marriage, they have similarly delayed home ownership. Finally, there is an increasing proportion of millennials that are known as “credit invisibles,” meaning they have never opened a credit card and therefore have no credit history; this shift in attitude towards credit utilization prevents a whole subset of the population from qualifying for mortgages.

After wrapping up our talk with Dr. Green, we concluded our session with a panel discussion about how private industry and government are responding to millennial housing needs. Representing the real estate and entrepreneurial space, we were joined by Prophet Walker, the CEO and Co-Founder of TreeHouse, the first co-living housing community in Los Angeles, designed so that residents rent private rooms but share common living spaces for below-market pricing. For a true millennial’s perspective, we had Danielle Directo-Meston, Founder and Editor in Chief of Uncover LA and author of a Curbed LA series, on her own family’s struggles purchasing a home in Los Angeles. Finally, our panel was rounded out by David Ambroz, Executive Director of Corporate Citizenship & Social Responsibility at Disney. Mr. Ambroz has years of experience in local and state politics and currently serves on the Los Angeles City Planning Commission.

The panel threw around many different potential fixes for Los Angeles’ current millennial housing shortages. The speakers argued that for Los Angeles to have enough supply of housing to satisfy the growing demand of its residents, the city needs to increase density in all parts of Los Angeles, not only in the districts where homeowners are more open to development. There was also consensus in favor of up-zoning when possible, particularly on major cross-city boulevards. In order to complement this increase in housing, several of the panelists recommended adopting policies increasing subsidies or vouchers for affordable housing.

Beyond policy changes, we also discussed cultural shifts that could mitigate the region’s housing crisis. Mr. Walker observed that while the wealthy have historically sought isolation, the millennial generation cares more about impactful experiences and human connection; accordingly, building off the success of social clubs such as Soho House and NeueHouse, Mr. Walker’s housing development is designed to teach Angelenos how to interact and be kind with one another again. Relatedly, the speakers came to a consensus that there was a serious need for policy and attitude shifts to curtail “NIMBY” (Not In My Back Yard) attitudes among current homeowners. Housing shortages are not limited to one L.A. neighborhood, and the whole community will have to buy in for the region to see lasting change.

What was the final takeaway for our NLP cohort regarding millennials in Los Angeles with concerns about their prospects for owning a home? The issue boils down to the problem identified by Dr. Green, who noted that California homeownership rates sit around 55% but the share of homeownership among voters sits closer to 75%; in other words, renters in California don’t vote. Mr. Ambroz drove the point home by remarking, “Every two years, we have a revolution and most [millennial Angelenos] sit out.” L.A. just had an election on November 6th, but the momentum should not stop there. For millennials like myself that want to see real change in housing policy, we need to show up for every election and make sure our voices are heard.

Marisa Glucoft is the Director of Infection Prevention & Control at Children’s Hospital Los Angeles, where she oversees infection prevention activities for the inpatient hospital and outpatient clinics. She received her B.A. from Vanderbilt University and M.P.H. in Hospital & Molecular Epidemiology from the University of Michigan, where she was awarded the 2014 Hunein F. Maassab Award for Excellence in Molecular Epidemiology. Marisa has authored two published manuscripts, and her current certifications include a Certification in Infection Control as well as Six Sigma Green Belt for Process Improvement. She is a member of the Association for Professionals in Infection Control and the Society for Healthcare Epidemiology of America. Originally from the Washington D.C. area, Marisa moved out to Los Angeles in 2014 to launch her career in Infection Prevention, right in the midst of the largest Ebola epidemic in history. When she is not preventing infections, Marisa enjoys reading, traveling, cooking, and pilates.

To learn more about NLP and to apply, visit www.YAJewishLA.org/NLP or email NLP@JewishLA.org.