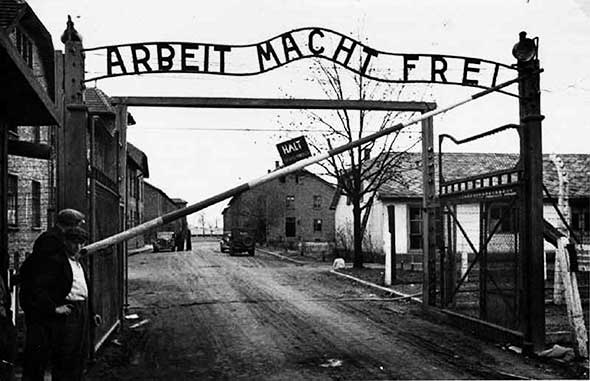 Our Federation is deeply committed to ensuring the tragedy of the Holocaust is never forgotten.  That’s why we invest in caring for survivors and support the March of the Living program that brings high school students and survivors to Poland and Israel. It’s also why we are traveling together with our community on a Federation Mission to Poland and Amsterdam from May 2nd-May 10th — and we encourage you to join us for this one-of-a-kind, not-to-be-missed journey of memory and reflection.

The locations we’ve chosen to visit are all in honor of our survivor community. Poland, site of the Warsaw Ghetto and a number of concentration camps where millions of Jews perished during the Holocaust, including Auschwitz-Birkenau. And Amsterdam, the infamous city in which Anne Frank, her family and other Jews were discovered hiding in a neighbor’s secret annex.

“Poland and Amsterdam are brimming with Jewish history,” said Andrew Cushnir, Federation Executive Vice President and Chief Development Officer. “We know there are many members of our community who have family that perished in the Holocaust or are related to survivors from this region who escaped. There’s no more powerful and meaningful way to connect to their heritage and renew their commitment to our survivor community than by joining us on this mission.”

Rather than visiting these locales with a generic tour group or on a family vacation, we believe that experiencing the Jewish history among others who understand the deep emotional and spiritual impact will allow participants to forge a unique bond, not only to this region, but to their own Jewish identities and one another.

Making this journey even more significant is that Yom Ha’Shoah (Israel’s Holocaust Remembrance Day) falls during the mission on May 4th. Mission participants will have the chance to commemorate this day alongside members of the Warsaw Jewish community. They will also be in Poland during the March of the Living — a 3-kilometer walk from Auschwitz to Birkenau that serves as a silent tribute to the victims of the Holocaust — which our Federation proudly supports.

Additional stops on the current mission itinerary (subject to change) include the former Warsaw Ghetto; the Radegast railway station, which was once the departure point for the death camps in Chelmno and Auschwitz; the Birkenau Death Camp; the Oskar Schindler factory in Krakow; Amsterdam’s Spanish-Portuguese Synagogue; and the Anne Frank House.

While there will be many somber moments and tributes on this journey, we’ll also have the exclusive opportunity to meet with civic and community leaders. Participants are slated to have dinner with the American Ambassador to Poland, as well as leaders from the Amsterdam Jewish community, among others.

Every Federation mission brings with it the chance to see renowned landmarks as well as sample the local cuisine and nightlife of the region. Participants on this journey will experience a gallery of Jewish art in Warsaw, Amsterdam’s famous Van Gogh Museum, and a dinner cruise along Amsterdam’s famous canals.  Of course, we’ll also be traveling with an amazing group of people — and building community in the process.

In order to participate, community members must make a $10,000 minimum family gift to The Jewish Federation’s 2016 Annual Campaign.

For more information, to express interest or request an application, please contact Mitch Hamerman at MHamerman@JewishLA.org or (323) 761-8133.